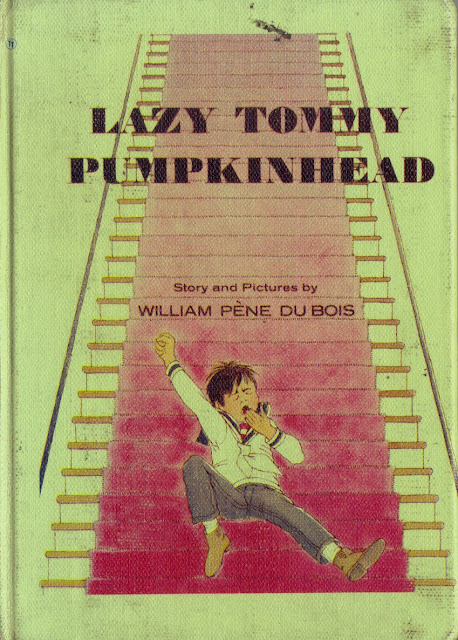 This is such a trippy little book.  I love many of Du Bois' books, namely Lion.  And the Otto books are quite special too.  But it is Pumpkinhead that takes the cake for most bizarre.

Pumpkinhead is part of a series, begun but never completed by Du Bois, based on the seven deadly sins.  Pumpkinhead embodies Sloth. 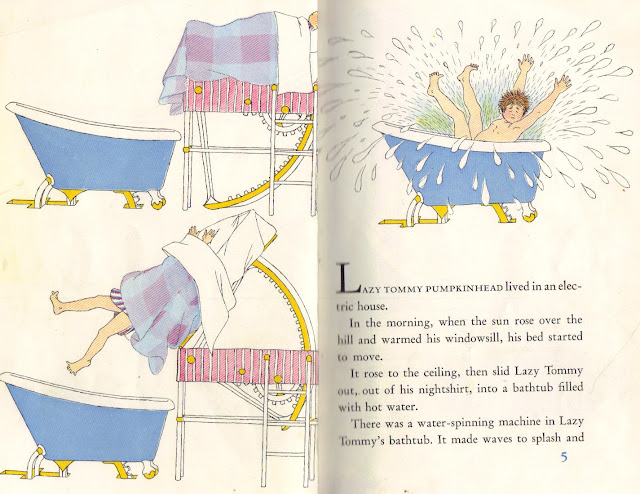 showers in an electric shower (with belts to hold him upright - musn't strain his legs), 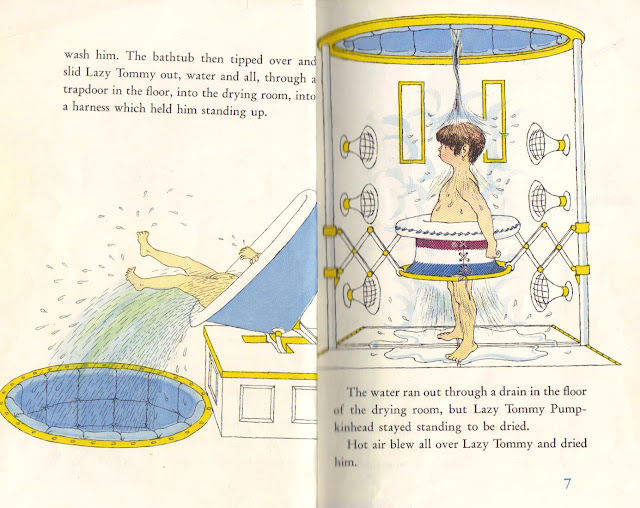 ﻿and is groomed by an assortment of robotic arms. 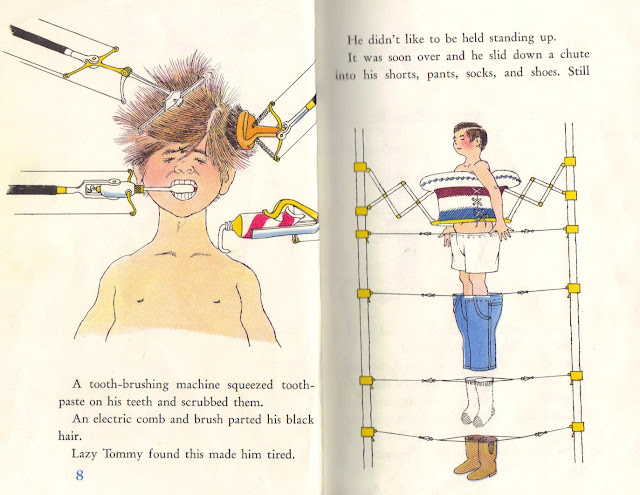 All is fine in Tommy's pampered life, until one night an electrical storm 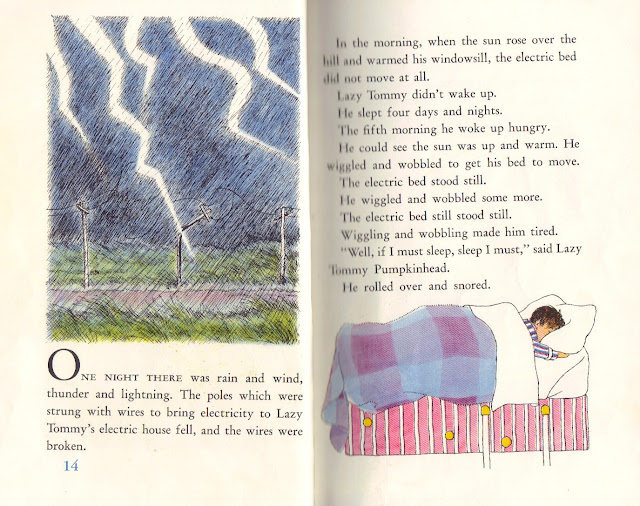 knocks out the power.  And poor lazy Tommy oversleeps.  By about seven days.  On day seven, power is restored.  And what ensues 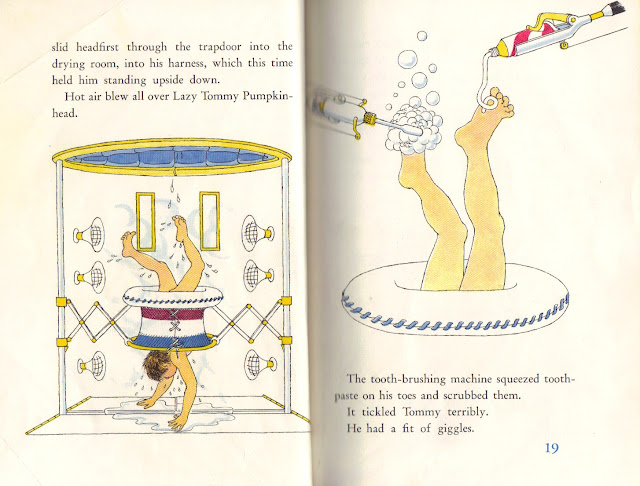 can best be described 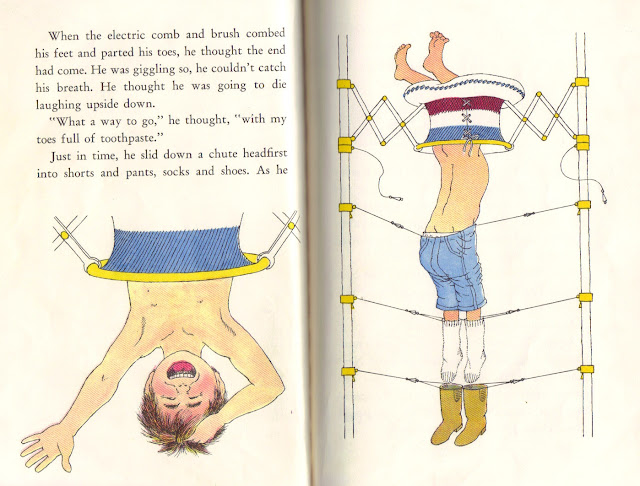 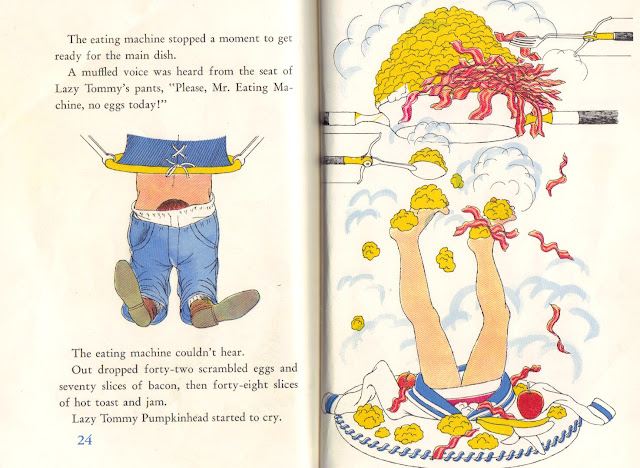 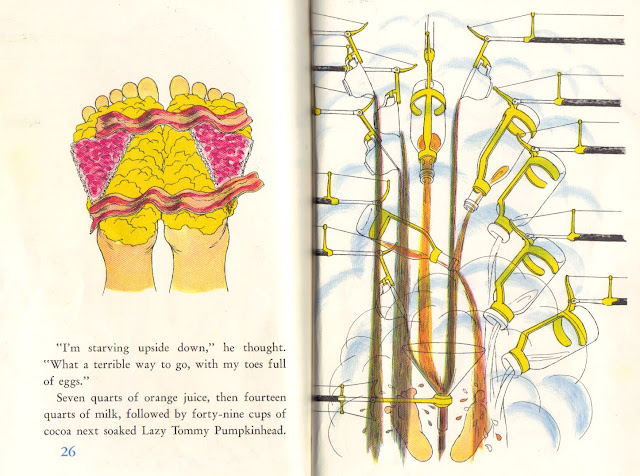 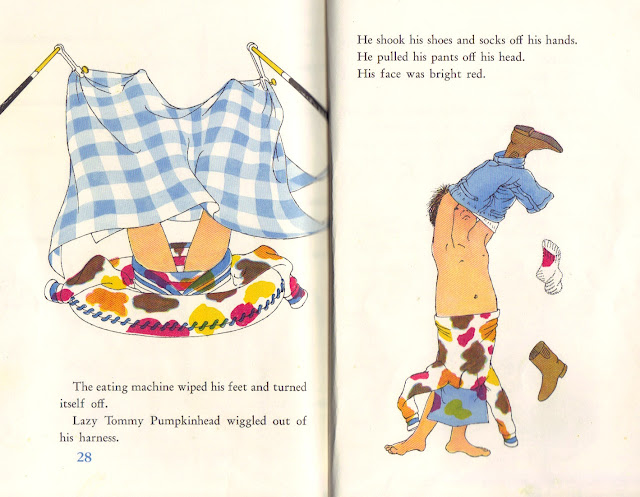 Up until exactly five minutes ago, for $135, this book could have been yours. (Yes, I did say $135 - the publisher abandoned the series, and these sinful books quickly went out of print.)  But, my four year old son has been watching this blog post unfold, begging to be allowed to take the book into a quiet corner.
In short, this book now belongs to him.
But you can own these books by Mr. Pene DuBois which are for sale in my etsy shop:
Gentleman Bear
https://www.etsy.com/listing/110725901/vintge-william-pene-du-bois?ga_search_query=william%2Bpene%2Bdu%2Bbois
Bear Party
https://www.etsy.com/listing/110658936/vintage-bear-party?ga_search_query=william%2Bpene%2Bdu%2Bbois
Posted by Books For Breakfast at 11:06 AM